News from the frontline 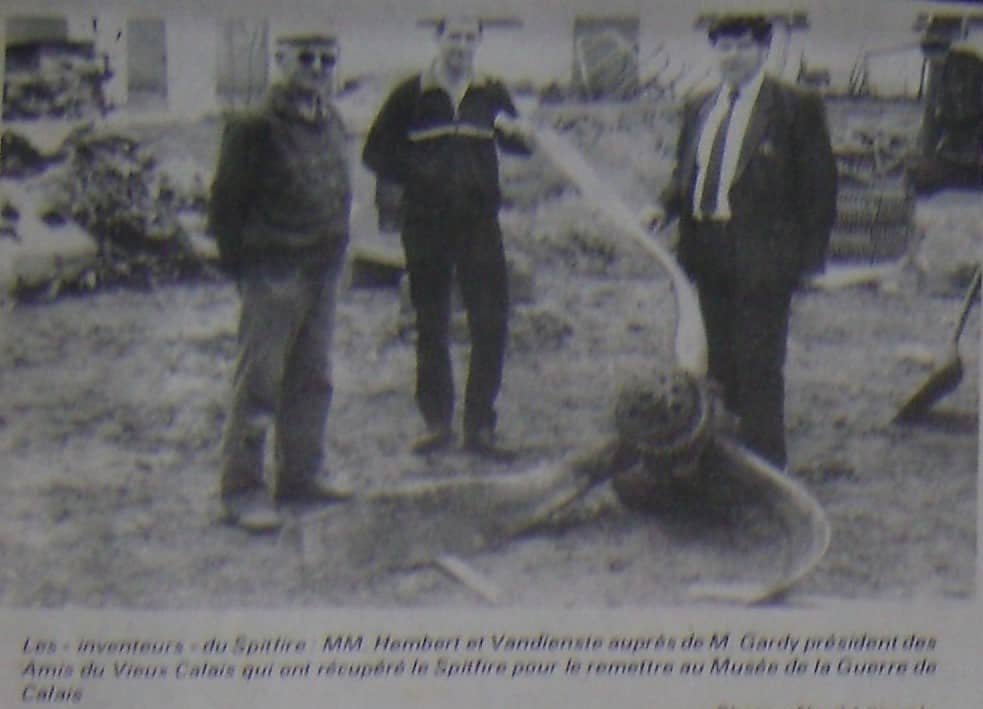 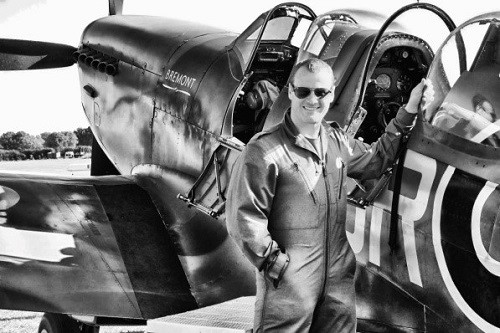 The young polish pilot was killed because his parachute didn’t open…his Spitfire, shot down by ground fire has just been found.

Translated article from Coquelles June/July 1941 reporting the shooting down of Piotr Laguna’s Spitfire and the subsequent search many years later to find the crashed wreckage and recovery on the beach at Sangatte.

A report by Bernard Barron

Here is some additional text

Only a few days after the discovery and recovery on the beach at Sangatte, of an RAF Spitfire shot down in the spring 1940 time (see our 28th May edition last) another aircraft a fighter from the RAF who participated in the battles of WW2 has just seen the light of day for the first time in more than 40 years. This after being buried 7m underground, in layers of peat and sand preserving the debris from the ravages of the elements.

It is thanks to the actions of “The Friends of old Calais” and mostly due to one of their member’s Mr Patrick Humbert that this Spitfire could be found this week, in a field near Coquelles close to a main road crossing the village.

This aircraft was a victim of Anti-Aircraft fire at the top of the village where the German Luftwaffe were using the aerodrome in 1941. Unable to belly land like the one from Sangatte, this aircraft damaged by shell fire flew low over the roofs and then dived quickly into the ground burying itself into the then swamp and marsh land in the middle of a field on a farm.

The pilot knowing that his Spitfire was doomed attempted to bail out, but sadly his parachute did not open with being so low, his body was found 300m away from the crash site. A resident of Coquelles Mr Camille Vandienste who at the time of the crash witnessed the event remembers:

“The Germans, arrived at the crash site and wrapped the Pilot in his parachute. They treated him with full honours and respect” They also stated the Pilot was a Polish Captain.

This was the 27th June 1941, in the middle of summer and 45 years later and the Spitfire has been recovered. An important recovery which has seen debris from the Spitfire be placed into the Museum in Calais. The items have been cleaned, studied and now remain to be observed.

(Text refers to the above detail so condensed to relevant material not yet eluded too) At a depth of 2.8m the first discovery was made of the tail section of the aircraft. At 3.5m we found the Rolls Royce Merlin engine and also undercarriage, and finally at 4.3m we found the propellers and hub. The debris of the aircraft was in an excellent state of preservation. Some discoveries were more moving than others. In this heap of scrap metal we found part of the leather seat cover for the Pilot, the rudder pedal parts of the instrument panel and also the control column. Finally fragments of paperwork in Polish from the Pilot confirming his nationality, having come to strafe the Aerodrome at Coquelles.

In our opinion, it is more likely that the Spitfire was, monitoring and locating whilst photographing the Aerodrome and runways in the region of Marck, Saint–Inglevert, Guines, and Coquelles when shot down. In the debris was a plaque stating Camera Master. The Germans had placed false wooden aircraft to deceive the enemy, so a local resident recounted. The Spitfire had crashed as described into the marshland on the farm, buried into a large hole it had created. Only the two wings remained which had ripped off, and the body of the pilot was some distance away. The Germans wrapped him in his parachute and paid tribute to him with Military honours.

Mr Vandienste also remembers the fire which broke out a few minutes after the crash of the Spitfire when the Germans arrived, fuel from the tanks had spilled out into the water of the pit it had created. A German soldier had thrown a cigarette end into the water which had set it alight. We all had our hair singed, said Mr Vandienste who also points out that the Germans had at the time recovered the wings of the spitfire but could not recover the main fuselage as it was too deep into the ground and too waterlogged.

LSL Founder & Director. Having spent 9 years in the Royal Marines Commandos deploying on operation tours in Northern Ireland and Bosnia. Now working in the Medical Devices world as an International Business Development Manager for a British Orthopaedic Manufacturer. 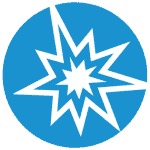